Everyone is sick :( My kids very rarely get sick, but my daughter has pink eye, my son as an ear infection, and my other son is teething. And their parents are very, very tired.
We had quite the storm whip through here and it blew a number of our shingles off. Our roof started leaking, and I explained to my daughter that someone was going to come install a new roof. After hearing this, she exclaimed: Daddy! It will be so fun to see the sky and stars while we are inside! I quickly realized that instead of simply replacing the shingles, she thought they were going to take off the ceiling as well! 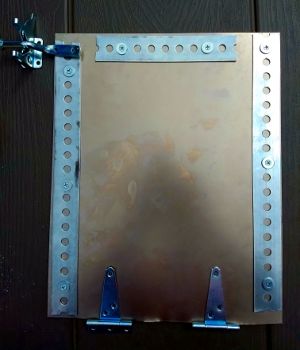 I’ve been working on a pop door for the chicken coop. There is a main door that I use to enter and exit the coop. However, there is a small opening in the side that would allow the chickens to enter and exit the coop at will. However, I wanted a small door that allow me to shut the chickens in at night, and keep predators out. While there are many commercially available doors, I decided to make my own.
When I am writing blog posts, I need a simple way to quickly send selected photos from my phone to my laptop. AndFTP is a simple utility that fits the bill. While it can do many advanced things such folder synchronization, my favorite feature is its “share” capabilities. After AndFTP is proper configured, I simply find the photo I want on my phone, share it with AndFTP and it automagically appears on my laptop. 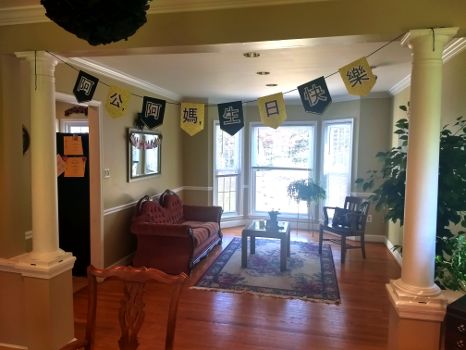 Today we celebrated my grandparent’s 80th birthday! The banner reads: "Grandpa, Grandma, Happy Birthday" It was really good to see them again (they flew back from Taiwan), and it was cool to see old photos of them, and hear stories of their past. The little girl standing between her parents is my mother My mom also prepared a slide show to honor them, and the kids and I sang “Jesus Loves Me” in Chinese. 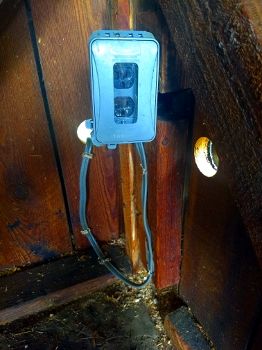 Today I wired the chicken coop, adding an electrical outlet. The coop transformation is coming along, but the weather is still a little brisk at night. A plug would allow me to move their chick heater outside, to keep them warm. I ran the wire into the coop and wired the electrical outlet. The cover will keep water, grime, and curious beaks out Then, I ran about 150 feet of wire to the barn which already has electricity. 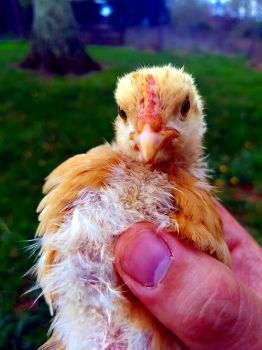 When I bring the chicks back in from free-ranging outside, I have them inside a huge plastic tub. I cut a small door in the side, and when I open it, generally the chicks rush out. There are always a couple of stragglers, but with a little coaxing, they hop out and back into their crate. Yesterday, there was one small chick, significantly smaller than most of the others, that would not go back inside.
Git is pretty good at branching and keeping everything neat and tidy. However, occasionally our branches get really messed up, and I have to clean things up. Here are a couple commands that I’ve found useful for this task. Deleting Untracked Files git clean -f -d Abort a merge git reset --merge Revert changes git reset --hard <COMMIT> Note that you can always use the commit hash, but if you want to go back “N” commits, you can use the commit ID of “HEAD~N”. 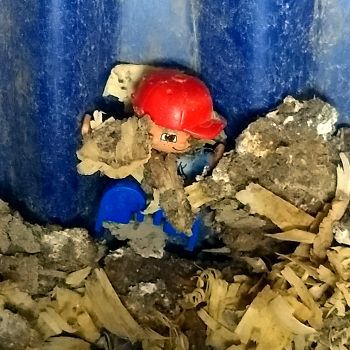 Today the crate that the chicks live in was getting really smelly and downright disgusting. Soooo Gross! So, I shoveled out all the old bedding Poor Lego Man, he fell in and has had a bad couple of days So much Poo! And I put down all fresh bedding. All clean! Now it’s ready for them to lay down a fresh layer of poo, lol.
Many years ago I bought my wife a set of dough wisks from King Author Flour. Just the other day she was using them, commenting how good they are. They have held up well and we use them to mix everything from thin pancake batter to thick bread dough. It does a great job of mixing things like a whisk, but it is super easy to clean and doesn’t get gummed up.
LL